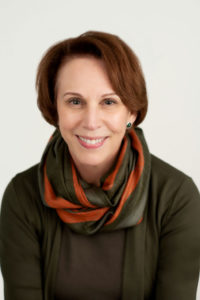 Ms. Garvey began her professional career as a teacher in the Peace Corps in the Central African Republic. She worked as a legislative aide to Congressman Lee Hamilton and as an associate director of the Mount Holyoke College Washington Internship Program. Virginia Governor Mark Warner appointed Ms. Garvey to serve on the P-16 Education Council, a position she continued under Governor Tim Kaine.

Throughout her career, Ms. Garvey has been involved in many community organizations, including serving as vice president of the County Council of PTAs; vice president of the Fairlington Civic Association; and vice-chair of the Advisory Council on Instruction.  She established the Kennan Garvey Memorial Fund for Phoenix Bikes in memory of her husband and is serving on its board. She has served as an occasional volunteer speaker for the Washington Regional Transplant Community.

Ms. Garvey also sits on several Regional Groups. She currently sits on Northern Virginia Regional Commission, Northern Virginia Transportation Commission, Transportation Planning Board, Council of Government’s Emergency Preparedness Council, and she is the past Chair of the Council of Governments Chesapeake Bay and Water Resources Committee on which she still serves.

An Arlington resident since 1977, Ms. Garvey earned her Bachelor of Arts degree from Mount Holyoke College in Massachusetts. She has two daughters (graduates of Arlington County Public Schools) and five grandchildren.